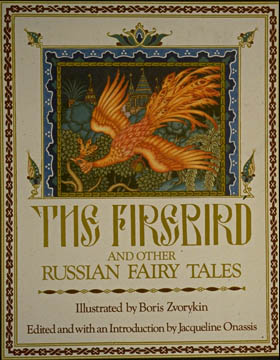 Sure enough, there be gods in Eastern Europe. From Macedonia (just above Greece) all the way to Latvia (just south of Finland) and including more than a dozen countries both large and small with ever changing regimes, borders and dialects.

In fact, there is a movement in the Baltic (Northern Slavic) countries to return to an ethnic polytheistic pagan religion called Romuva, which worships the old gods and is important in preserving Baltic folk traditions.

If you remember, we talked about Basque mythology recently and one of the problems in researching is that Christianity had been around for so long that many of the traditions were forgotten. You know, what with the Inquisition burning thousands of Basque pagans and all. The issues surrounding research into Slavic mythology have some of the same issues. Not necessarily due to the Spanish Inquisition – totally unexpected – but because of centuries of Christian influence in the area. In addition, the Slavs had no written language prior to their Christianization, and many stories were no doubt lost in the mists of time.

One thing that struck me in my study was the recurrence of a World Tree, which we’ve seen in Norse mythology and in Central American mythology. As in other cultures, the tree – an oak this time – was symbolic of the different levels of existence. The crown represented the heavenly deities, the trunk was the realm of mortals and the roots of the tree stretched into the underworld.

As opposed to many of the cultures we’ve studied, the underworld of Slavic mythology was actually very nice – not a world of fire and judgment, but of eternal spring. The tree was also organized along the four cardinal directions of the wind (horizontal axes) and the various levels of the tree (vertical axes). To correspond, there was the three-headed god, Triglav, the god of prophecy and soothsaying, and Svantevit, the four-headed god of both war and harvest. An unusual combination.

As to major gods, there were a few. Perun was the top guy. The god of the thunder, lightning and fire. He was also a dry god. This is important in a minute. He drove a chariot across the sky (Apollo, much?), hurled a hammer (Thor, much?) at evil spirits and lived at the top of the World Tree. His opposite number is Veles, the god of the underworld. Naturally, they were enemies. Veles was a god of peasants, cattle and wealth. He was a wet god. Represented as a dragon or serpent, he would steal Perun’s cattle. Dry periods were the result of Veles thievery and trickery of Perun. When Perun went after him to get his cattle back, a great battle would ensue – big storms with lots of thunder and lightning. The battles would result in the defeat/death of Veles – when his body was split open by Perun’s sword, the great rains would fall and order could be restored.

There are a number of smaller deities who controlled or symbolized other aspects of life for the Slavs. Czernobog represented the darkness of winter and was accordingly a bleak and forbidding god. His position was overtaken in the spring by the other half of himself, Bielobog, a god of sun, light, and life. The Czernobog/Bielobog deity, however, is unsubstantiated by modern research because of the dearth of proof. Indeed, while Czernobog is fairly certain to have existed within the pantheon, the only theory of Bielobog’s existence is merely the conjecture of a 12th century priest who assumed that the evil of Czernobog *must* have some balancing force – not necessarily true.

The Zorya were a trilogy of sister goddesses who symbolized the passage of the sun and moon. They are the Morning, the Evening, and the Midnight Star, guarding the gates of heaven for the passage of the sun. They also stand guard over the doomsday hound, who, if he ever breaks his chain, will eat the constellation of Ursa Minor. If he ever does, the universe will end.

The Slavs also have a rich and varied folklore consisting of goblins, fairies, witches, dragons and firebirds. For more information on that, see this University of Alberta link and this one from the University of Alabama. Those are also good sources for the mythology we’ve discussed here. See also the Slavic Pantheon. Wikipedia, as always, is a good jumping off point for further research, but my other two favorite pantheon sources, Godchecker and Encyclopedia Mythica, are sadly lacking in this area.

This article is reprinted from my original posting at Beyond the Veil on Aug 31, 2007.

This site uses Akismet to reduce spam. Learn how your comment data is processed.